I have been languishing in temperate climes for the last month and narry a dragonfly seen.
Accra in Ghana however, is basking in 35C heat and the odonata are active through January.
There is a post on http://www.redgannet.blogspot.com/ for the bird fanciers and for those who prefer a more detailed commentary.

I am still stunted in my growth as a dragonfly spotter due to a lack of available field guides and would appreciate any assistance in identifying the following odes. 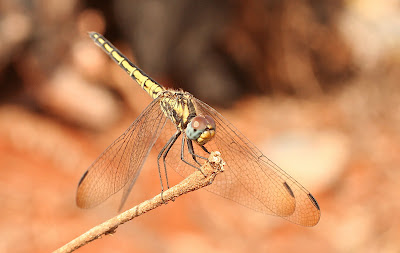 Ode number one looks like a female or a young male. It was in an area of scrub known as Achimota Forest, located in Accra.
Around the African Regent Hotel in Accra, I found these three in a small patch of flowers at the entrance to the reception. 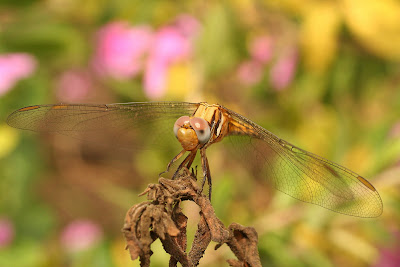 Compared to the one pictured earlier from the scrubby area, this one shows a white stripe on the thorax bordered in black. Note the yellow on the upper legs opposed to plain black on the previous insect. The pterostygma is also yellow insted of black. 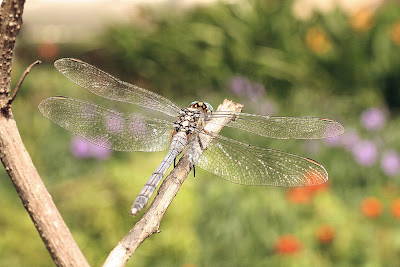 Number three is slightly bluer than it appears in the photo. I wonder if it might be an Epaulet Skimmer, Orthetro Chrysostigma. The pterostigma seem a little elongated and I can see no sign of a yellow base to the hindwing for a perfect match, but the pinched abdomen makes me consider this as a possiblity. If it proves to be so, then no.2 is a good candidate for the female. They were only a few meters apart. 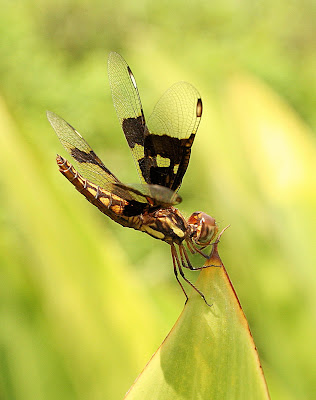 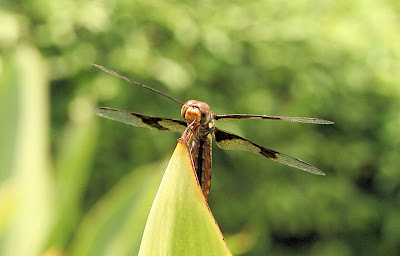 Contestant number four shows from two different angles.
There is a wonderful website called www.africa-dragonfly.net which I have just come across. From the pictures of Dirk Motshagen (which put mine to shame), I will stick my neck out and say that no 4 is a Palpopleura lucia, or as Michael Samways would have it, a Lucia Widow. which makes no,5 the Widower.
These last two were in the hills about 35 kms inland in the Aburi Botanical Gardens. 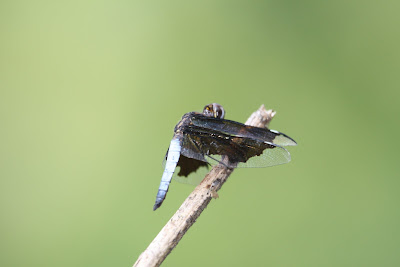 Number five was found in a shaded area and the flash has washed out it's blue colour a little. Finally, number six was found close to no. five, but was favouring the dappled sunlit areas. 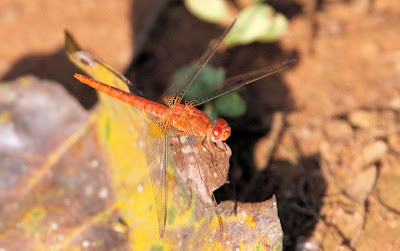 I have put out a few tentative feelers into the world of web, in the hope that somewhere out there, someone knows.

Here's hoping that someone finds this post and has some ideas.