In Cape Town this week I have visited some likely looking sites checking for Dragonflies.
I started at the hotel at which we were staying, The Lord Charles at Somerset West. There is a small dam in the grounds which has plenty of lily pads and emergent growth around the edges. 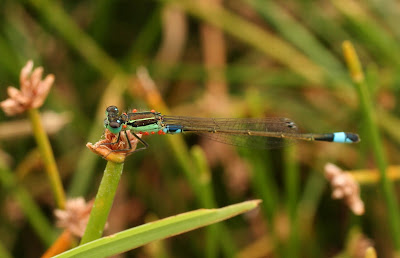 First were some Common Bluetails, Iscnura senegalensis. This one was infested with mites.
Orthetrum species seem to abound in Cape Town and I was trying to get a handle on which was which.
Samways gives potentially 5 blue Orthetrum that might occur here and they are all reasonably common. 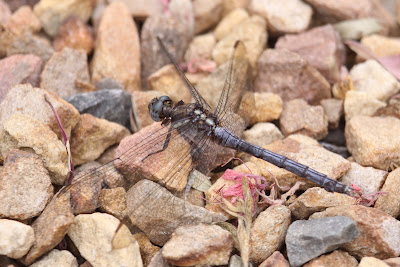 The individual above was especially dark 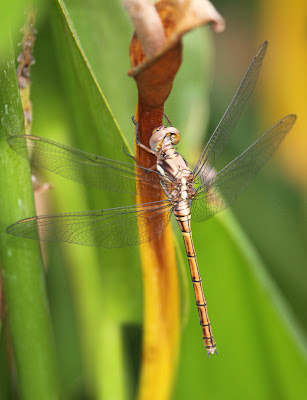 and I believe this one to be a female. 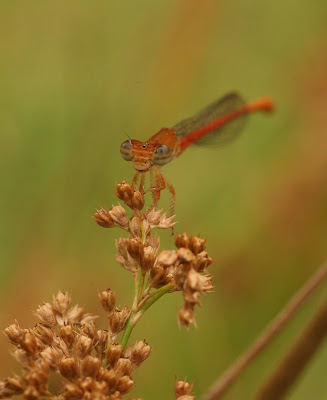 A Common Citril, Ceriagrion glabrum was a pleasure to find.
The next day found me at Paarl. Very few odonata were present at the bird sanctuary there. The reserve consists of numerous pools, most of which I think, are quite deep. The Berg River which flows close by is said to be risky to visit alone.
A blue dropwing was seen at the edge of a pool and at the outflow to the river. The Navy and the Roundhook Dropwing appear pretty much identical and habitat and elevation should be considered. Pools and ponds for the Roundhook and rocky, shallow streams for the Navy. Above 700m for the Roundhook and below for the Navy. There is overlap, so they must be properly inspected in the hand which I have not yet tried to do. 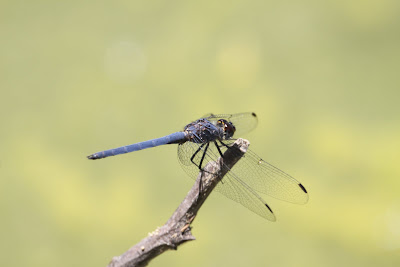 Make you own mind up if you can.
At a picnic area near Paarl Rock, a small pond and garden kept me entertained for the afternoon.
I think I was high enough to call a Roundhook Dropwing, Trithemis dorsalis. 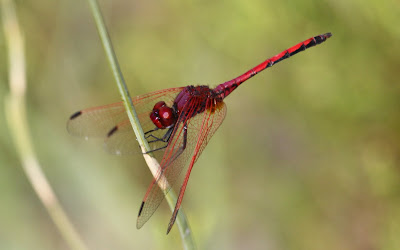 In numbers was an acidic red dragonfly easily identified as the Red-veined Dropwing, Trithemis arteriosa.
Also present in large numbers was a small damselfly, the Swamp Bluet, Africallagma glaucum. 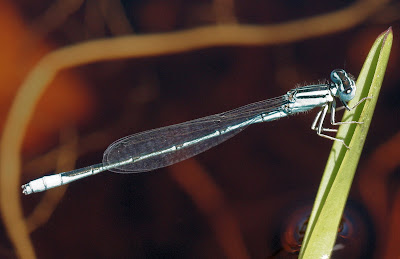 Mostly it was found in the grass-like rushes beside a small stream in the gardens.
The late evening found me back at Heldeberg Nature Reserve. A small pond near the café here held my attention for quite some time. 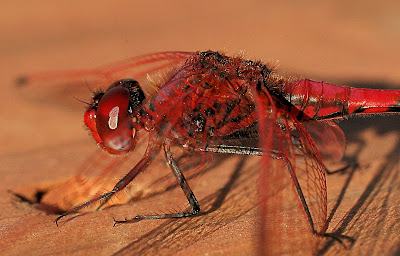 Again the Orthetrum proved confusing and the Red-veined Dropwing were abundant. 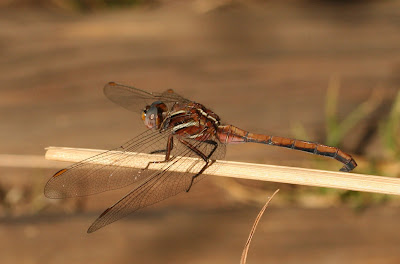 I managed a decent photo of a Two-striped Skimmer, Orthetrum Caffrum, though strictly speaking it appears to have four stripes. I suspect this may be a young male.
In the lawned area, a tiny pond has grasses surrounding it. Here was another Common Citril. 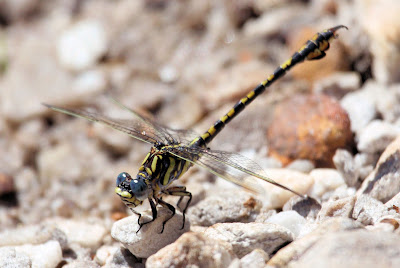 My favourite find of the week was a Boulder Hooktail, Paragomphus cognatus at Harold Porter Botanical Gardens, It was sitting on a rock beside a fynbos browned stream.It was not co-operative and I took a long while to get this shot. I chose my spot and sat to wait. As I sat, I noticed a Cape Sprite, Pseudagrion furcigerum on a mid-stream rock. 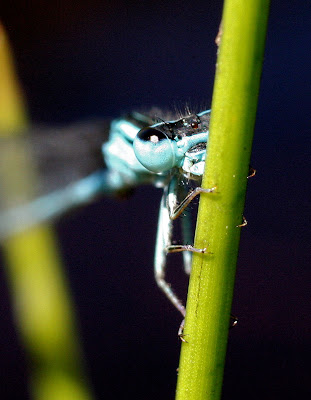 At a shallow pond further up the slope I had to get wet for another shot of a Swamp Bluet. I think that some bracketing is called for. I have been using extension tubes recently to allow super-macro focussing. The results are sometimes a little over-exposed. 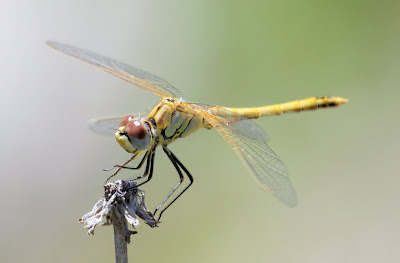